The story behind a Japanese masterpiece, Sencha Green Tea!

What is Sencha Tea? When we think of green tea, we just think of simple plain, green tea! However, a lot of people don’t know that there are different kinds of green tea. Some of these types include matcha, gunpowder, and sencha, which you may already know about. What makes these green teas different from each other is the growth of the plant, tea production and processing. Now, instead of going into each type of tea, we’re going to discuss the one that gets the most talk. Sencha green tea is a very common tea and it is the most popular green tea in Japan. Here is the Basilur’s Tea Master's Guide about why that is as well as its origins and how they make it.

Green tea and all teas, in general, have been around for a while, but it wasn’t until the 17th century when sencha tea was first being used. In this century, the tea leaf was brought over to Japan from China. Before that, matcha was the preferred drink of choice in Japan. However, once sencha was introduced, it became a go-to for the Japanese. This is because the tea didn’t require any kind of preparation in advance, unlike other teas, so it could be enjoyed as soon as possible. In today’s world, sencha is still a favorite. In fact, 80% of all tea that comes from Japan is sencha.

Just like most other teas, the process of Sencha Green Tea also begins with the Camellia Sinensis plant. What makes Sencha stand out from other green teas are that it is made from the leaves that grow under direct sunlight. These leaves are usually the youngest leaves of the plant and bring the highest quality flavours for green tea. Usually, these leaves are harvested in the first or second flush. But, the first flush generally brings the highest quality Sencha. After the growing and plucking process, the leaves move off to a plantation. This is where most of the action happens. Firstly, the steaming process begins immediately to prevent oxidation. Oxidation affects the outcome of the tea drastically. If leaves are partially oxidized, they become oolong tea. Fully oxidized leaves become black tea and green tea has no oxidation. Moving along, the tea leaves go into the drying and rolling process. This is where the tea gets it shape and taste, as they move into cylinders to dry off and get broken down. As a result, the shape of the leaves are needle-like and the taste is fresh.

Other ways of preparing the leaves can result in different types of sencha tea. Regardless of the type, there is not a lot of processing in sencha. This makes sure that the tea keeps all of its nutrients and lovely properties.

We cannot talk about green tea without discussing Matcha and Sencha teas. Matcha usually comes in a powdered form whereas Sencha is often a loose leaf tea. One of the biggest distinctions between these two teas are the fact that sencha is made from tea leaves grown in direct sunlight whereas matcha is made from tea leaves grown in the shade. This is a big contributor to the different characteristics of these two teas, especially the taste and nutritional value. Due to its direct exposure to the sun, Sencha contains many catechin antioxidants. On the other hand, matcha contains more theanine and caffeine due to the lack of sun exposure. 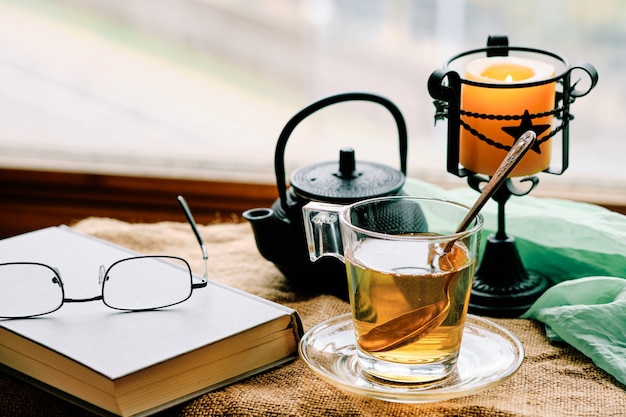 In terms of taste, sencha green tea has an uplifting and refreshing taste to it. Resulting in a nutty/fruity aftertaste, which makes it great for iced tea. For matcha, the taste is smooth and savory with not much of an aftertaste. Both teas have somewhat of an earthy taste to them, however. In terms of color, sencha is more of a dark green, while matcha tea powder is bright green.

Sencha is a great tea to try if you haven’t already. With all of the benefits it has and its refreshing taste, it can make for a perfect morning drink to start your day right.